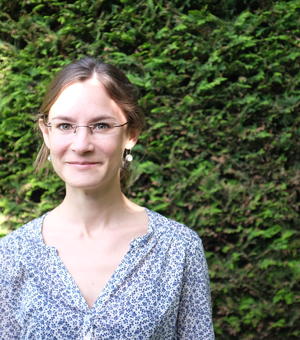 I am an evolutionary biologist with strong research interests in life-history and mating-system evolution, behavioural and evolutionary ecology, population and quantitative genetics, and conservation biology.

In my Master’s thesis, supervised by Dr. Erik Postma at the University of Zurich, Switzerland, I reconstructed the pedigree of a Swiss village based on church records and used this dataset to predict evolutionary changes in human reproductive timing from animal models. During my PhD project in Prof. Jukka Jokela’s group at ETH Zurich, Switzerland, I characterised the mating system of a simultaneously hermaphroditic, self-compatible freshwater snail using both field and laboratory experiments, combined with genetic parentage analyses.

In my current work I aim to test one of the hypotheses put forward to explain the "paradox of evolutionary stasis", which is the observation that remarkably often the evolutionary change predicted by quantitative genetic models does not occur. One hypothesis suggests that differences in environmental quality between individuals, e.g. variation in resource use, cause estimates of natural selection and thus predictions of evolution to be biased. I will test this hypothesis empirically, using the exceptionally well-studied Trinidadian guppy (Poecilia reticulata) as a study system.

Note that some of these papers were published under my maiden name, A. Buerkli.